Your Donations are still needed…

A two-year-old who was so pale doctors feared he had blood cancer was actually just drinking too much cow’s milk.

Johnny Donovan, from Oregon in the US, was born at the height of the pandemic and around a year ago decided he loved cow’s milk.

He was drinking around a litre of it a day – much more than the recommended 480ml to 720ml for a one- or two-year-old.

Mum-of-two Laura Donovan explained how her family had been going through a challenging time so she didn’t question his obsession, and just ‘kept pouring to keep the peace’.

‘Sure enough, he was always in a sour mood, never seemed well rested, and had nearly constant meltdowns,’ she told Insider.

‘I thought that maybe he had just started the terrible twos ahead of schedule, or that he was becoming an overindulged youngest child, or that he, too, was on the autism spectrum.’

Johnny was also very pale, but his mum thought that was due to the weather and the family’s Irish heritage.

But his doctor was concerned and ordered some blood tests to figure out what was wrong with Johnny – which revealed the toddler’s haemoglobin level was between 4.5 and 5.6, far lower than the usual 10.9 to 15 for a two-year-old. 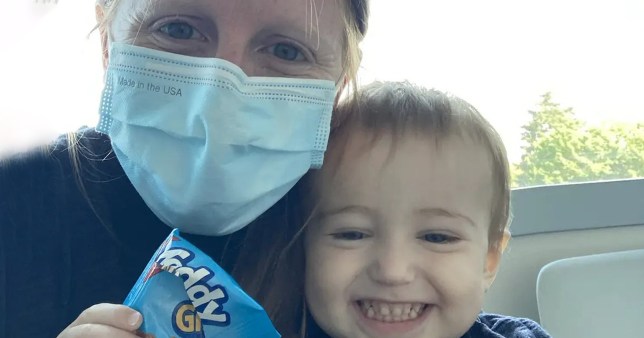 Not sure? Listen to these folks…

Every Friday Social via Zoom 4:30-6:30 via Zoom (scroll to bottom for access) This week, January 6, the Social will begin at 5:00. Each week you are invited to gather with you friends and do[...]
Feb
4
Sat
8:00 am Get Air Sensory Friendly Sessions @ Get Air Sports
Get Air Sensory Friendly Sessions @ Get Air Sports
Feb 4 @ 8:00 am – 10:00 am
This event recurs every first Saturday. Just show up and get your tickets. Get Air Eugene schedules a special time every First Saturday mornings at 8-10:00am for sensory friendly jumping. Check it out. They are great[...]
View Calendar
Add